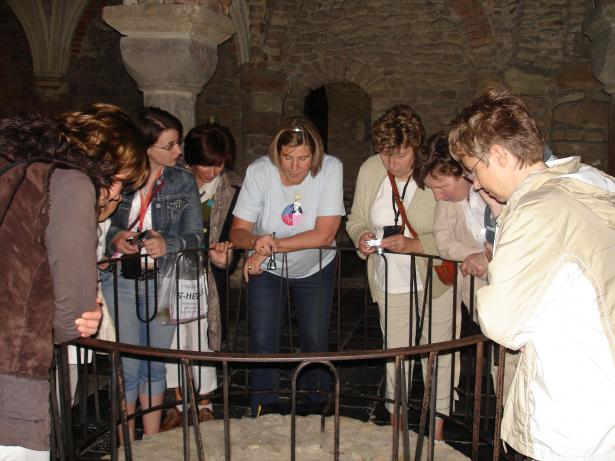 St Hermes' Crypt is undoubtedly the showpiece of the city. Crypts are a typical feature of Romanesque-Gothic architecture; they are used to store the relics of a saint. In the case of Ronse, the relics are those of St Hermes, who was invoked against nervous and mental disorders. St Hermes is depicted as a Roman officer on his horse. There is a life-size equestrian statue of him above the shrine in the the Saint-Hermes Basilica. In the crypt, you get an idea of how pilgrims searching for healing were treated. The 11th century crypt has been renovated and expanded. It has an impressive 32 pillars, making it the largest crypt in Western Europe. 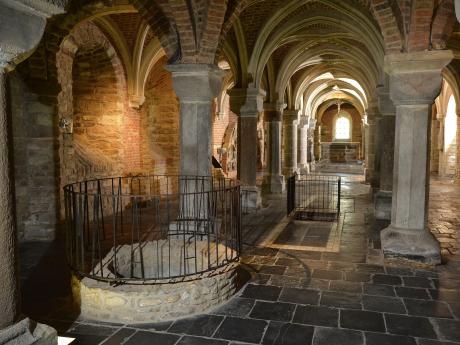 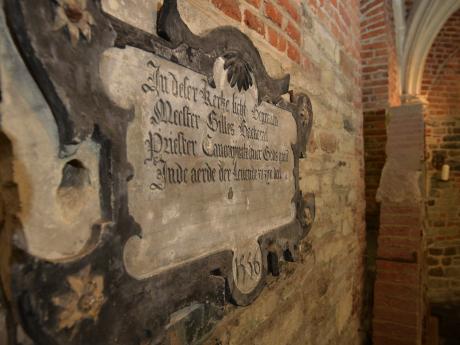 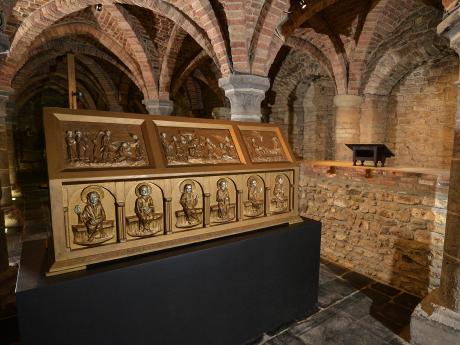 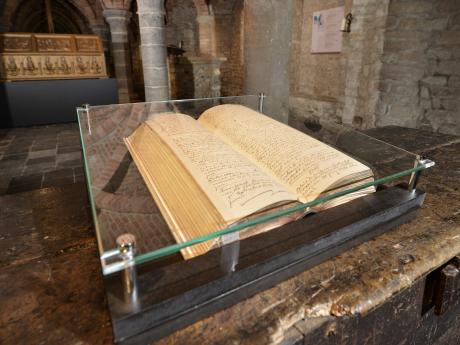 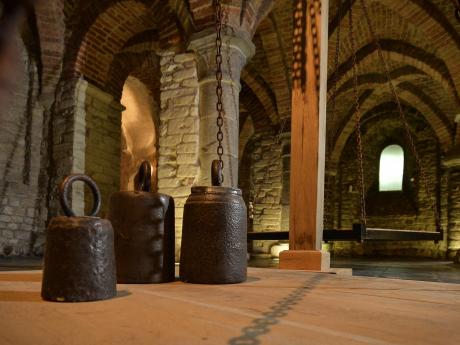 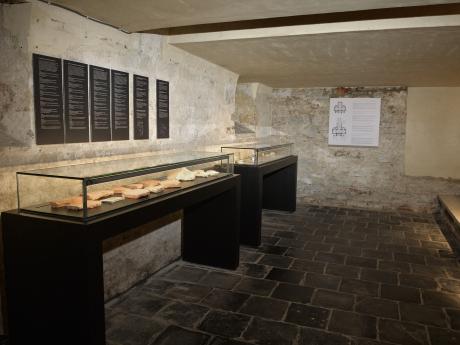 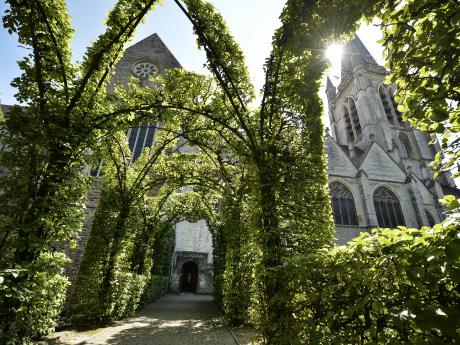 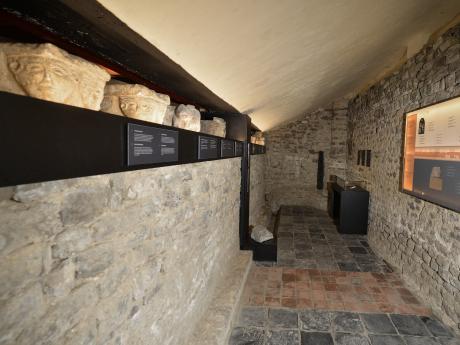