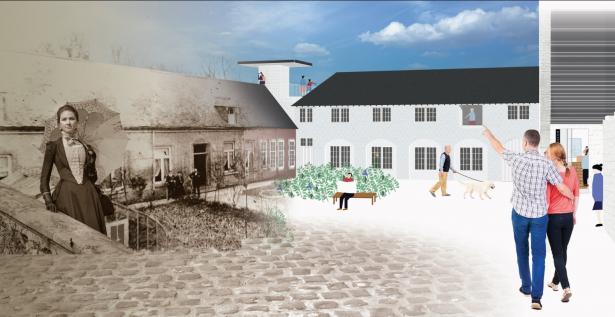 De Hoge Mote is one of the best preserved historic sites in Ronse. The mound or motte after which it is named probably goes back to the Middle Ages, and later evolved into a kind of residence surrounded by water. From the 17th century the Hoge Mote was part of the chapter of St Hermes. The Hoge Mote underwent drastic renovations at the beginning of the 19th century. It was expanded with two wings to house the "Cambier-Robette" textile factory.

Now it houses the new, ambitious reception and experience centre for Ronse and the Flemish Ardennes.