The Giants of Ronse 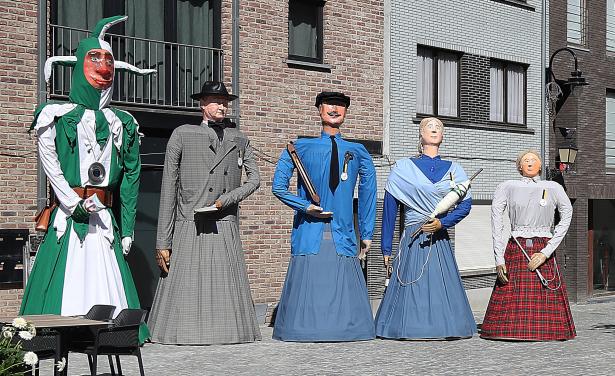 History of the Giants

During the first Mad Monday (Zotte Maandag – Carnival in Ronse), which took place in 1950, Sir Ephrem Delmotte asked the City of Ronse why they shouldn’t purchase some giants. On Sunday the 6th of January 1952, the decision was finally made.

On the day of Mad Monday the textile giants «  Staf, the weaver (Staf, de wever)  » and «  Manse, the spinner (Manse, de spinster)  », were born and took their first steps in the Mad Mondayparade on the 7th of January 1952. The giants got married on Wednesday December 7th 1955, the eve of the holiday dedicated to Saint-Ambrose (patron saint of textile workers). In December 1956 their only daughter «  Angeleki, the seamstress (Angeleki, de Naaister)  », was born and baptized in Brussels on the 27th of December.

In 1991 the “Huldecomité Prof. Ephrem Delmotte” made the decision to create a new giant. He was called «  Ephrem, the carillonneur (Ephrem, de beiaardier)  », the father of the textile giants. Ephrem was born and baptized in 1992. At the same time, the V.V.V. Ronse, made sure that her three textile giants underwent major renovations. During the Bommelparade (Bommelstoet) of 1993 all four giants, Staf, Manse, Angeleki and Ephrem, attended the festivities. They were carried by the members of the Power Club C.O.C. Ronse. They are currently known as the “Giant carriers of Ronse” (Reuzendragers van Ronse).

At the dawn of the new millennium Xavier Roos, the youngest giant carrier of Ronse, had the idea to make a jester giant who would represent the city during the Bommel festivities (Bommelfeesten), but also on other occasions. This new giantwas called «  MAX, the fool of Ronse” (MAX, de zot van Ronse)  »  and was born and baptized on Saturday the 23rd of April 2005. He was thereby registered in the “Golden book of the city” (Gulden boek van de Stad).

On the 8th of October 2012  the textile giants Staf and Manse were renovated and also rebaptized. A few years later, on the 8th of December 2018, also Angeleki, the seamstress and Ephrem, the carillonneur, underwent a make-over and were reborn and rebaptized. This festive event took place on the Market Square of Ronse, attended by the mayor and his councillors. The Giant carriers and the Giants of Ronse (Reuzendragers en de Reuzen van Ronse) were also admitted as Immaterial Heritage on the 10th of July 2015. After this festive event the city of Ronse was recognized as a Giant-friendly city by the Federation of Giants in Flanders (Federatie Reuzen in Vlaanderen) on Saturday the 8th of September 2018.

More information on our giants on www.reuzendragers-ronse.be

Foto album The Giants of Ronse 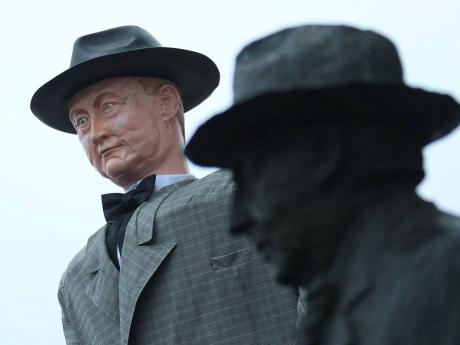 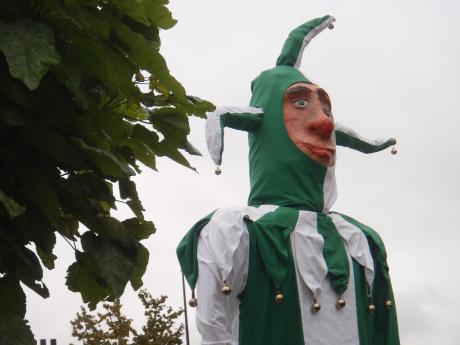 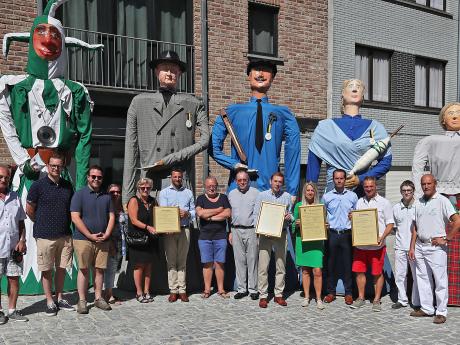